A pioneer in ginjo-shu brewing with Yamada Nishiki 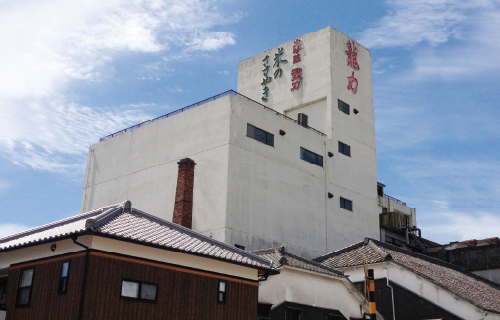 The Honda family has been involved in sake brewing as the director of the Banshu group of brewers since the Genroku era of the Edo period (1688-1704). In 1921 they built a sake brewery in Aboshi, and in 1979 they began brewing ginjo-shu. There are many breweries that produce ginjo-shu now, but they were a rarity at the time, making Honda Shouten an industry pioneer in this respect.

Following the belief that you can make good sake by using good rice, Honda Shouten dedicates itself to the pursuit of delicious rice, using sake brewer’s rice that is perfect for the job. The brewery is very particular about the rice they use, especially when it comes to Yamada Nishiki, and they source only the highest quality of rice through agricultural cooperatives that contract with farmers tending to “Toku-A” (Special A) grade fields in Hyogo Prefecture.

While many sake breweries are based out of traditional wooden buildings, Honda Shouten has converted a four-story reinforced concrete building into its brewery. They utilize the “koji zukuri,” or tray koji, method of koji production, an important step in the process of sake brewing. During the step of “shibori,” or pressing, the sake mash is packed into a bag and the sake is allowed to naturally drip through, known as the “fukuro shibori” method. Through these painstaking and time-consuming steps, Honda Shouten continues to utilize manufacturing methods that spare no effort for their sake’s quality. 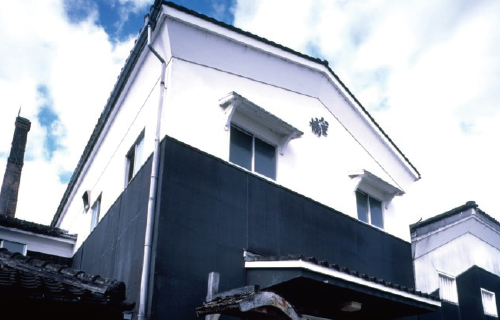 Yaegaki Shuzo was founded in 1666, originally a brewery named “Zaimokuya” in Harima Province’s Hayashida Domain (currently Hayashida-cho in Himeji City ). Their sake is characterized by their utilization of the “futa koji ho,” or tray koji production method, in which large quantities of koji is cultivated in a 60cm-tall, 40cm-wide flat cedarwood box. This is a sake brewing method that requires great care, using tradition and techniques passed down for over 350 years. The process of brewing sake takes about one month, but it is said that the three days of effort put in during koji production have the most effect on the resultant sake’s quality. As production reaches its peak, the lights in the koji production room are on day and night as the brewers’ expert skills are put to the test.

Yaegaki Shuzo quickly expanded overseas, establishing the Yaegaki Corporation of USA in 1999. They also have set up a direct sales store in the shopping center of JR Himeji Station, host annual distribution events that include limited types of sake not typically for sale, and hold events like the “Yaegaki Club” sake meetings, all to innovate new ways to enjoy sake.

A commitment to hand-made Junmai-shu and sake for mealtimes 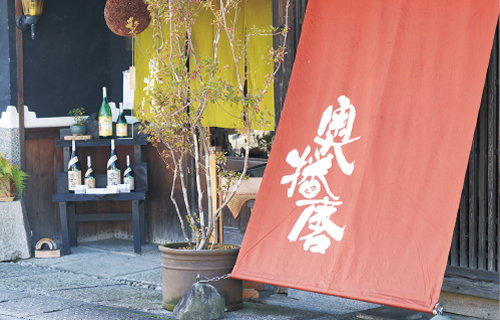 Shimomura Shuzoten was founded in 1884. Holding fast to the family’s motto of “nothing is better than hand-made,” they continue to produce pure and natural Junmai-shu by hand, using only rice, rice koji, and water. No additives are ever used, including brewer’s alcohol, sugar, or other flavoring agents. They are also very particular about the sake brewer’s rice that they use – only Yamada Nishiki and Hyogo Yume Nishiki rice is used for the production of their representative brand “Okuharima”.

Shimomura Shuzoten offers a variety of types of sake: “Okuharima” has an excellent sharp flavor when served cold; “Yamahai jikomi” features exceptional flavors that pop when heated; “Karakuchi” sake has sharp, tart flavors but deep umami notes at the same time; and their “Junmai Daiginjo” is the ultimate mealtime sake.

Each variety of sake is aged the perfect amount for its type, allowing you to enjoy the flavors and umami of junmai-shu to the fullest. The flavors and aroma are gentle, something you can enjoy slowly without getting tired of the taste, making it the perfect type of sake for drinking with a delicious meal.

Building up skill through effort and time 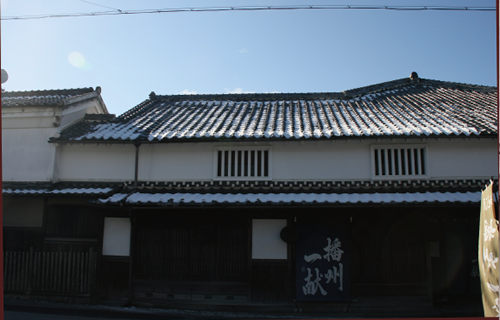 Founded in 1837 during the late Edo period, Sanyohai Shuzo was built along the bank of the Ibogawa River in Yamasaki-cho of Hyogo Prefecture’s Shiso City , where flatboats once carried rice and timber along the waters. Originally sales were made under the company name, “Sanyohai,” which was derived from the name of the late Edo period Confucianist poet Rai Sanyo, who was famous as both a literary master and a heavy drinker. However, it was occasionally mistaken for sake from the Sanyo region instead, so about 20 years ago the brewery launched a brand called “Banshu Ikkon,” hoping to convey their desire for customers to enjoy a cup of sake from the Banshu region.

When it comes to brewing sake, Sanyohai Shuzo takes care to exclusively use rice from Hyogo Prefecture, such as Yamada Nishiki, Yume Nishiki , Kita Nishiki, and Aiyama, and they even use underground water from Mt. Hyonosen pumped from the brewery’s own well. They also focus on aging their sake, and their junmai, yamahai junmai, daiginjo, and other brews are aged from half a year to over 5 years in a tunnel left over from the Akenobe Mines, just a short distance from the brewery. Aging sake in this type of location mellows out the acidity and deepens other flavors. 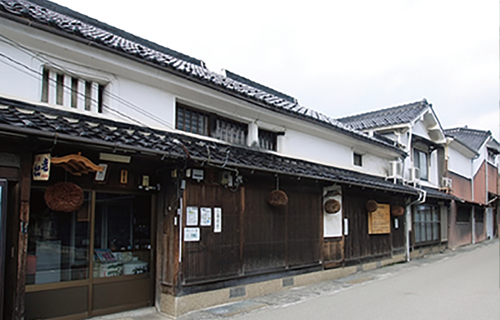 Oimatsu Shuzo was founded in 1768, in the middle of the Edo period. At that time, it was known as “Hokumon-ya,” a liquor store in the Yamasaki Domain, but its name was changed to the current “Oimatsu Shuzo” in 1945. The main building and connected storehouse truly look the part of a sake brewery, and in 2010 they were designated as Structures of Landscape Importance for Hyogo Prefecture.

Oimatsu Shuzo has maintained the traditional flavors of its sake by utilizing the abundant spring water that comes from the nearby mountains, as well as its access to high-quality rice grown in an exceptionally suitable location. Their long-term low-temperature fermentation is a long-standing traditional method, and the delicate temperature control required for koji production relies heavily on both experience and intuition. The sake brewer’s rice used at Oimatsu Shuzo includes Yume Nishiki from Shiso, Yamada Nishiki from Hyogo Prefecture, and Gohyakumangoku from Hyogo Prefecture, a result of the idea that Shiso’s climate and Oimatsu’s brewery pair very well. The brewery also cherishes its interactions with locals and fans of sake, hosting an opening of the brewery every year during Golden Week along with other events. A direct sales shop was also opened in January of 2019. This long-established brewery with a history of over 250 years continues to brew sake that is deeply connected to the region.

Ako’s one and only sake brewery, continuing to hold fast to tradition 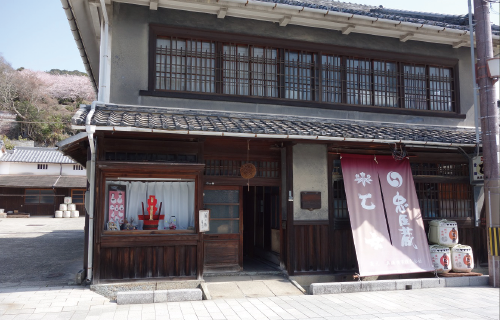 Okuto Shoji was founded in 1601, during the Azuchi-Momoyama period. The Okufuji family was a famous family that served Funate, the village headman of Sakoshi, for generations, and they also at one point served as the sake shop for the daimyo Ako of the Asano family in the eastern part of Ako City . The brewery’s workshop and preparation areas are said to have been built during the Kanbun period (1661-1673), and the signs of reinforcement on their ceiling and walls show a history of over 400 years.

They are dedicated to traditional by-hand production of sake, carefully brewing using only the highest quality of ingredients like the clear water from the Chikusa River and sake brewer’s rice from Harima. The goal is not a light and dry sake you can quickly drink down, but instead sake with a satisfying and deep flavor. They produce daiginjo, junmai ginjo, and yamahai Junmai-shu, all of which are characterized by a rich, deep flavor.

Currently Okuto Shoji is the only sake brewery in Ako, and the desire to protect the traditions of the brewery only grows stronger. Okuto Shoji will continue tackling the challenges of sake brewing so that people all across Japan can enjoy delicious sake from Ako.